It’s been over 20 years since Mark first dreamt of establishing the premier full-time, boarding tennis academy in America. When the doors first swung open at Weil Tennis Academy & College Preparatory School in June 1997, it was the first and only full-time boarding school and tennis academy on the entire West Coast. Today, Mark together with his coaches, teachers and support staff never rest in their quest to improve their methods and deepen the culture here at Weil, considered by many, to be the most successful full time, high performance tennis academy in
the world. 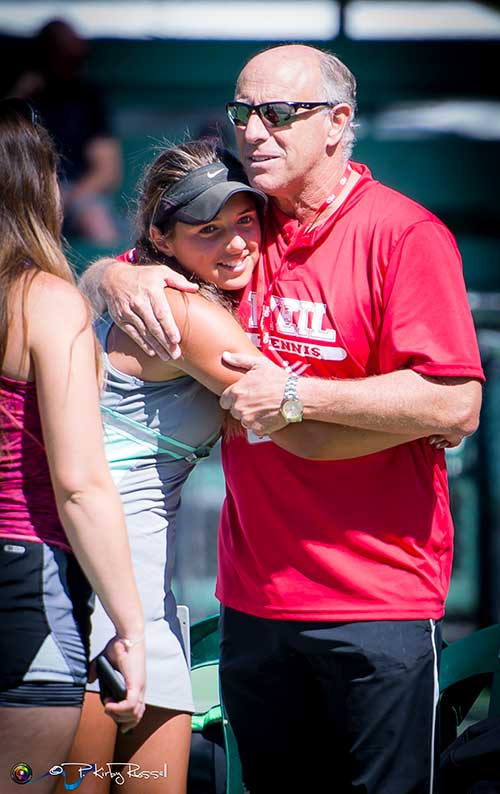 Coach Mark has achieved the highest level of professional coaching in the US with a USPTA Professional Level 1 Qualification as well as completed the USTA’s High Performance Training Program for Competitive Player Development in 2005. He began his coaching career in New York City and has run professional training programs in New York City, Los Angeles and now Ojai.

“While other academies burn players out, or train them into the ground with false hope of professional tennis, we maintain a more balanced training approach for our players designed to deliver them to college tennis programs, where they will continue to develop further under their college coaches for the opportunity to play professional tennis. The recent success of players like John Isner, Stevie Johnson, Mike and Bob Bryan and many more, have proven my belief that players can go to college and still succeed at the professional level. This belief is finally  now gaining traction with the USTA as the avenue to pursue with their top young American prospects,” explained Weil.

Coach Mark and his entire staff focus their energy on the true development of each individual player within a team dynamic–to truly develop a player’s competitive game, and to turn juniors who play tennis into competitive tennis players, and then turn those tennis players into tennis champions. 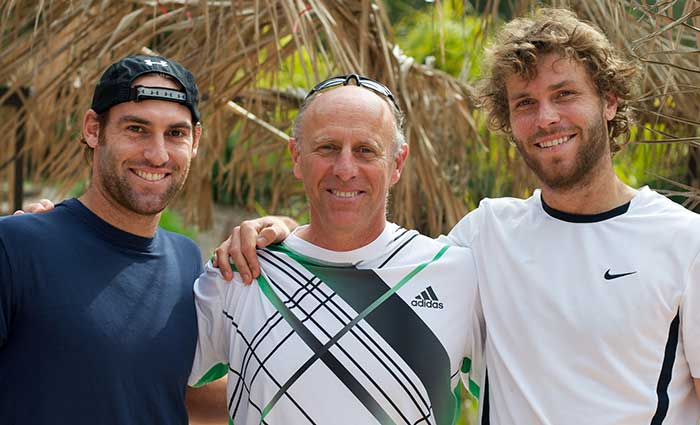 Renowned tennis coach and author Wayne Bryan has called Weil Academy the “best academy in the world” and his nephew Carl attended Weil full-time. Bryan thinks it is Weil’s enthusiasm that makes him so special. “I’m a huge Mark Weil fan. He has enthusiasm, he has charisma, and is a great leader,” Bryan said. “He’s passionate about tennis, and he cares deeply about the kids. He’s honor-bound to do his best to get them a college scholarship, and improve their tennis, and take good care of them. I really admire him really as much or more than anybody in all of tennis.”

Coach Mark has fostered special relationships with coaches like Bryan, and collegiate tennis coaches like UCLA men’s coach Billy Martin and former USC women’s coach Richard Gallien, among many others. It is not rare for these top NCAA coaches to visit Weil Academy and get to know his players. “When I first opened, I had to beg college coaches to come to the academy and meet our terrific kids,” said Weil. “But over the years, we’ve really been able to strike up unique relationships with these many, many college coaches. And now they are coming to us and offering our players wonderful scholarships (wanting our kids to come and) to be a part of their programs.” 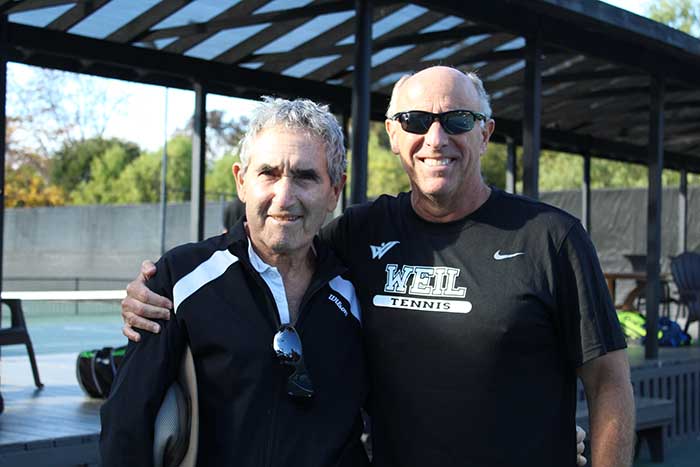 Coach Martin’s son Wil attended Weil Academy during his senior year of high school. “Being a college coach for 30 years, I’ve seen a lot of kids who have come through academies,” Martin said. “I had coached players who had attended here and heard what a great job Mark, and Mo and everyone has done here for many, many years. It wasn’t an easy thing to send my son away for his senior year of high school. But he was ready and really wanted to focus on his tennis and achieve his goal of playing college tennis. Our experiences with the Weil Academy have been A-plus and I would highly recommend it to any parent considering sending their child to Weil to focus on his and her tennis and place them in a great college. It’s really a no-brainer, and I thank Mark so much.”

Renowned tennis coach and author Dr. Allen Fox calls Mark Weil a close friend, and visits Weil Academy to teach and inspire the Weil players. Fox’s son attended the academy. “I had heard it was a good one, and I was looking for a place to send my kids.” Fox said. “I got to know Mark quite well and I was attracted by the quality of the academy and also, just Ojai as a great place for an academy. It’s a beautiful little town in the mountains:  Quiet, safe, and away from distractions, so I figured it would be a good place to send my kids, and it was.”

How It All Started

Upon completing his studies at the Playhouse, Weil began coaching tennis in New York City and coached both juniors and adults at several prestigious clubs. But his passion for theater was also growing and so Weil founded and served as Managing Director of the Stillwater Theater Company in Manhattan for five years from 1987 to 1991. His company produced 14 American plays in five years and was a critical success.

In 1993, Mark and wife Jane, a professional stage manager in New York, moved to Los Angeles where Weil took over a small after-school training program at Mountain Gate Country Club in Brentwood. Within two years, Mountain Gate was the top program in Los Angeles, with over 200 sectionally ranked players and many national players. But Coach Weil wanted a bigger challenge, and after researching Ojai and several tennis academies in the US, decided to open his own Academy in Ojai.

Mark and Jane Weil live in Ojai just blocks from the Weil Academy and have three sons:
Jack, Mitch and Pierre.

Coach Mark invites you to come and experience his academy first-hand and see if your child is ready to achieve all of their tennis and academic dreams here at Weil Tennis Academy!

Mark Weil can be reached at markweil@weiltennis.com.